TO AUTHORS and WRITERS - DO YOU NEED CHEAP BOOK PROMOTIONS? Got a FREE or Discounted promo Book? Advertise to 100,000+ Loyal Twitter BOOK Lovers / Readers for $5 only ...

Try it now! Special Discounts even for as LOW as $1 per day http://cheapbookpromotions.blogspot.com 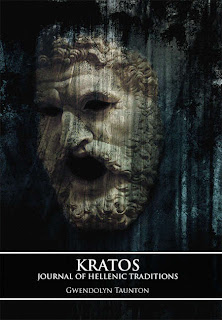 The Power and Seduction of Ancient Greece

Kratos: The Hellenic Tradition is the latest work by award winning author Gwendolyn Taunton. Previously having won the prestigious Ashton Wylie Award for Literary Excellence, Gwendolyn Taunton returns to her roots in the world of spirituality, mythology and religious Tradition to examine one of the world’s oldest and most popular spiritual traditions – that of Ancient Greece.
Kratos: The Hellenic Tradition takes us into the realm of hidden traditions and arcane lore within the religions of Ancient Greece; it takes us on an exploration of fantastic things we never dreamed existed – of powerful magicians who believed they could converse with the Gods and leave their bodies in dreams or conjure ghosts, archaeology, the spell binding allure of beautiful Goddesses such as Aphrodite, the mysteries of Dionysus and the shadowed rites of Eleusis. We also learn of how Nietzsche transported Greek mythology directly into his philosophical teachings, and can read a reprint of his inaugural address as a professor of Classical Philology.
There are other fascinating topics here, such as the question of the role of the sacred and the profane in Ancient Greece, foreign deities being incorporated into state worship, the importance of household shrines and the strange history of the obscure Goddess Hecate, and how Her role has changed and shifted over the centuries.
The interesting thing about Kratos: The Hellenic Tradition is that it doesn’t confine itself merely to the ancient past – some of these authors are also approaching the topic from a reconstructionist perspective and addressing those people – particularly in Greece – who still practice the old beliefs in the form of the religion called Hellenismos. This makes Kratos unique – it is a book for people who approach mythology as part of a living, breathing religious Tradition that is still very alive, and not just a museum relic.
Recommended for anyone who enjoys magic, mystery and ancient history.